Her Last Mistake by Carla Kovach

Dressed in a sage green bridesmaid dress, and smiling for pictures, Holly is the happiest she’s ever been. Hours later, Holly is dead.

People love to hate Holly Long. Smart, beautiful and a woman who men find it hard to say no to, she’s the town’s most gossiped about resident.

Now Holly’s body lies in her hotel room, strangled at her best friend’s wedding party. And the gossip has stopped, because nobody wants to look like they did it.

When police search Holly’s immaculate apartment, amongst her stylish furnishings and expensive jewellery, they discover a different side to Holly. Orderly and precise, she wasn’t the chaotic party girl everyone thought her to be. In fact, Holly was a planner, and her next plan was to come out and tell her biggest secret – something she had been hiding for months, something that had the potential to ruin the lives of more than one wedding guest.

There are plenty of people who might have wanted to kill Holly, but only one who has finally made good on their promise.

An unputdownable crime thriller with an ending you will never see coming, this is the latest gripping novel from bestselling author Carla Kovach. If you like Angela Marsons, Cara Hunter and Clare Mackintosh, you’ll love Her Last Mistake.

Her Last Mistake is book 6 in the Detective Gina Harte investigations written by the superbly talented Carla Kovach. I have read several books in this series and feel that I have really got to know the meticulous and determined police detective. Gina has secrets from the past which still haunt her, she has a fragile relationship with her grown up daughter Hannah and a frantic work schedule.

This time Gina and her team are called to investigate the death of Holly Long. She is found dead soon after attending her best friend’s wedding as one of three bridesmaids. This group of four women were childhood friends known as the “Awesome Foursome” and formed a tight bond. However, Holly was keeping a secret that she had told no-one, could this be a link to finding the person who murdered her?

Suspects arise in the case literally all over the place, but many characters are shady criminals who lie for a living. The plot takes you down dead ends as the suspense mounts and it becomes apparant that more lives are at risk. Gina Harte really cares about the victims and their families, she likes to see justice done and the criminals behind bars. This is fast paced police procedural with a twist that really keeps you guessing.

Many thanks to Bookouture for a copy of the book, which I have reviewed honestly. 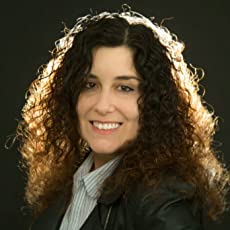 Carla Kovach is a crime and horror author from Worcestershire. Her most popular work, the DI Gina Harte series is published by Bookouture. As well as books, she also writes stage and screenplays.