How It Changed My Life

Before Darcy I fostered dogs for a rescue, giving them a home and to give an assessment of the dog’s needs so that the perfect home could be found for them.

Many dogs passed through, one stayed for nine months but some just three weeks. The cute ones were snapped up,  the ones with health issues, oldies and bull breeds not so much.

I’d sit for hours staring into the eyes of the dog I was fostering trying to imagine what their life was like before they came to me. Of course, I never got any answers and I don’t know if I would really want to know anyway.

Some were strays, some ex-breeding dogs but there was also a few whose owners circumstances had changed and they had no choice but to give up much-loved family pets.

The strays that came to me, or ‘poundies’ as they were known, all had impeccable manners and were completely house trained, so someone somewhere had put time and effort into training them even for a short time. I wondered if they had been loved as a puppy then discarded and replaced when they got older.

At the time I was fostering dogs, chihuahuas were really popular with young girls as ‘handbag’ dogs. Anyone who has ever owned a Chihuahua will know that they are actually fiercely independent, strong-minded and extremely lively, so not suited to being carried around as a fashion accessory. So. another influx of a particular breed in rescue.

The same thing happened with dachshunds when they were featured in a couple of television adverts. Everyone wanted one because they appeared so cute but they are difficult dogs to train and need loads of patience. 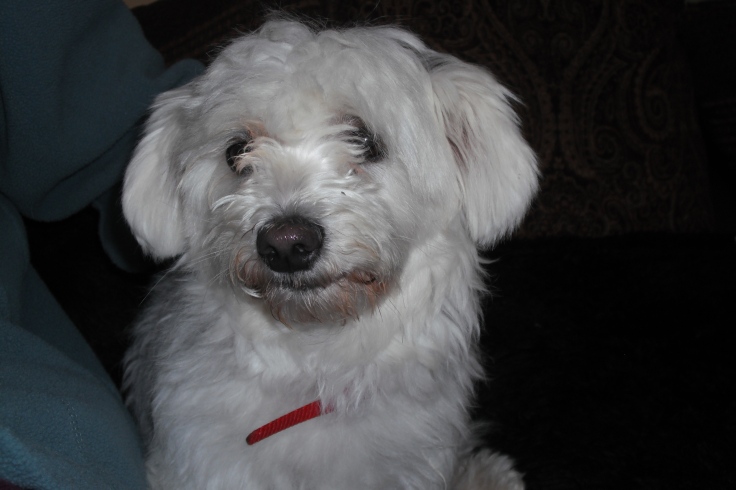 Bluie and Alma were a bonded pair of Maltese/Bichon, they were originally from Romania. They were so good-natured, I enjoyed every minute with them.

How Fostering Dogs Changed My Life

I often say that I didn’t rescue the dogs, they rescued me, and I really believe that.

I had just left an office job, a stressful, thankless job and my health wasn’t good. Sitting on a computer for eight hours every day had left me physically unfit and I knew I needed to make a drastic change.

I desperately wanted to foster rescue dogs but didn’t think I could do it. It is a huge responsibility both physically and mentally but I was driven by a need to help homeless dogs.

I went to a reputable dog rescue who only took small dogs. There was a great community spirit amongst the volunteers and I made lifelong friends.

My physical fitness soured because I had a duty to exercise the dogs daily come rain or shine. I ploughed through snow, wind, and rain, pulled on my wellies even when I had a chest infection!

Mentally I felt better than ever because I knew I was making a difference. It was only a very small one but it warmed my heart to know that I had actually saved lives.

The hardest thing was letting them go and I shed many, many tears. However, for each dog settled into a wonderful new home, I had space to take another from the shelter.

Taking in a terminally ill chihuahua was the hardest one of all but it is also the one I am most proud of.

Then along came an aggressive dachshund and I had to adopt him because he could never be rehomed. I knew exactly what I was getting with Darcy, he had a history of biting, so he is here for good!

Darcy features a great deal on the Waggy Tales Blog but if you would like to find out how he came to stay forever, please read here

At the moment I can’t foster because Darcy is a handful but I hope to foster again in the future.

I would like to foster an elderly Staffordshire Bull Terrier or retired Greyhound.

Have you considered fostering dogs?

9 thoughts on “Fostering Dogs, How It Changed My Life”