What to expect from a four-month-old Puppy.

It’s five weeks since my daughter bought her eleven-week-old puppy home. I thought I would give an update now that he is approaching four months old.

Luca is thriving, in fact, he’s gained a third of his body weight in less than a month, he’s had all his vaccinations now and we are looking forward to taking him for some long walks.

He is either full of energy or flat out asleep, there is nothing in between.

Fortunately, there have been no problems meeting his sister Rosie, who has been an only dog for seven years.They seem to get closer every day, playing noisily, sharing toys and sitting nicely for treats.

As expected, Luca feels the need to bite and chew everything, which is completely normal at this age. I recently wrote a post on bite inhibition which can be viewed here

He has toys to chew which we use to distract him if he chews something he shouldn’t (eg slippers) or bites someone’s hand a little too hard. We have to be careful that we don’t leave small objects hanging around because he picks everything up. A couple of times my daughter has had to remove pebbles from his mouth that he found in the garden.

Toilet training is very hit and miss at the moment. A mop and bucket have to be on standby at all times. When he is a good boy and goes outside we praise him like mad and simply point him towards the door when he has an accident. Some days it seems that he has mastered toilet training, other days not so much! He doesn’t like venturing outside if it is cold and wet so we’re hoping for some nice Spring weather soon. Until then we use puppy pads which are super absorbent and we gradually move them closer to the door.

Luca with his sister Rosie when he was twelve weeks old.

He loves his food, which is presently three times per day, and tries to get his head in the bowl before you have a chance to put it on the floor! He will sit nicely for a treat and knows he shouldn’t jump up. He will be a very large dog when he is fully grown so it is important that he is taught not to beg or steal food because he will be tall enough to reach dining tables and worktops.

It was a challenging time for my daughter when Luca learned how to climb the stairs, but was too afraid to venture down again. He had to be rescued from the top step where he would sit until someone carried him down. Then he would do exactly the same thing again!  He finally learned how to walk down the stairs when we practiced on some easier steps and rewarded him with treats. My daughter has now purchased a child’s stair gate which keeps him safe (until he is big enough to jump over it!).

Sometimes he responds to his name, but at other times he totally ignores it, which is a concern at the moment. He has no fear, he ignores my elderly shih tzu when she bares her teeth and launches himself on you when you are drinking a hot drink. Hopefully, in weeks to come he will become more aware of danger, but until then we have to be really careful and watch him at all times.

He has had only been on short walks so far and he is comfortable with the lead but has no idea how to walk in a straight line! Everything is new and exciting, but he’s been fine with traffic and other dogs on leads.

As well as Rosie he has met my two dogs and two other family dogs so he is very comfortable around other dogs and just wants to play with them all.

He has had his first bath, which he enjoyed and now tries to climb in on his own!

So, Luca has had a very busy month, growing and settling into his new home, visiting the vet and walking on a lead. At four months old he shows signs of being a fabulous dog, well trained, happy and affectionate.

I will post regular updates, and photos, of his progress.

This is what the Experts expect from a four-month-old puppy.

Come your puppy’s fourth month of age, you’ll find her obsessed with gnawing on everything in sight with the teething stage in full bloom. You’ll also notice that the pup that was working so hard to earn your attention and affection last month is beginning to show some independence with a hint of stubbornness. Prepare to put your alpha hat on as you deal with ignored training commands and be sure to keep your 4-month-old puppy leashed up when you’re at a park that isn’t fenced lest you find yourself unable to catch a bolting ball of fur that won’t come when called.

1 They are excellent family pets, but also great working dogs.

2 They are good at agility and easy to train.

4 The hybrid breed was developed in 1990 by crossing a Golden Retriever with a standard Poodle.

5 They should not be used as guard dogs or made to live outside.

6  They are extremely sociable, affectionate, dogs but can suffer from separation anxiety.

7 They are non to light shedders and a good match for people with allergies.

8 Fully grown they weigh 50 to 90 pounds and can be two foot tall at the shoulder.

10 They are growing in popularity, similar to the Labradoodle

Here are a few items which we have found really helpful for Luca.

(These are affiliate links.)

A stair gate is so useful to stop the dog going upstairs or into a particular room. It keeps the dog in a safe area and gives the owner some useful time out.

This is the food recommended by the breeder. It suits Luca, he has had no tummy upsets and is growing all the time. My daughter is happy to continue with this and will move to the adult dog version when he is old enough.

Another item which was really useful was this Slow Feeder bowl. Luca tended to wolf his food down. It was bad for his digestion and there was a risk that he could choke so the bowl was a brilliant addition and solved the problem straight away 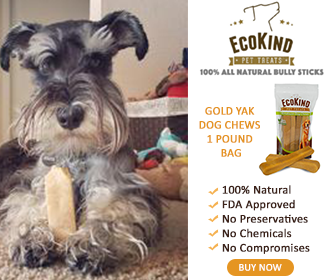